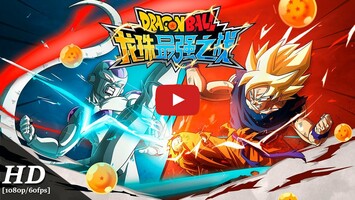 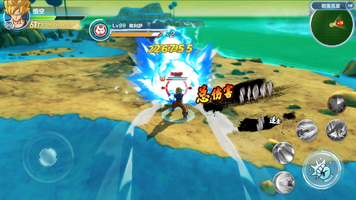 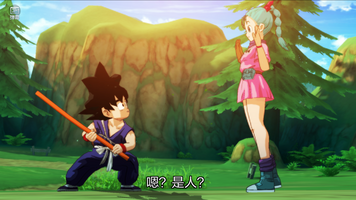 Advertisement
Dragon Ball Strongest Warrior (龙珠最强之战) is a role and action game that takes place in Akira Toriyama's masterpiece. This time, you get to experience Son Goku's adventures, starting with his arrival on Earth as he narrates the beginning of the manganime. You can also participate in a bunch of Dragon World events, including the Z saga.

We're talking about a real-time action game where you control your character using virtual controls to move around and perform special attacks. Plus, Dragon Ball Strongest War includes spectacular 3D visuals and you can move the camera around (and zoom inside the action). Basically, this game is a powerhouse that represents the Z Warriors' adventures.

As you continue to play the game, you can also unlock new characters. You'll find Kakarot's first popular characters such as Chichi, Krillin or Yamcha or enemies that became friends such as Piccolo or Vegeta. The number of characters increases and you can use each of them for different missions.

Dragon Ball Strongest Warrior is a fantastic Dragon Ball game that has a Tencent license in China. It's unlikely that it'll reach the western side of the world, but the language barrier is not an obstacle to enjoy the best smartphone games based on the most popular Saiyan.
Reviewed by Raúl Rosso

You must use a WeChat or QQ account to play.

I have not downloaded it yet, but if it is Dragon Ball it sure is the best! I just have one question. Do you need to be connected to the internet to play it? One Piece Treasure Cruise
Relive the adventures of Luffy and his crew in turn-based battles
Bleach Brave Souls
Official video game for Bleach the anime
JoJo's Bizarre Adventure Stardust Shooters
An amazing and epic action game
Yu-Gi-Oh! Duel Links
The most spectacular Yu-Gi-Oh! card duels
SWORD ART ONLINE: Memory Defrag
The official game for the popular manganime
One Piece Thousand Storm
3D battles with the characters from One Piece
Captain Tsubasa: Dream Team
Tactical soccer based on the popular anime
Fate/Grand Order
The world is ending and there's only one way to save us all

Genshin Impact
An open-world RPG with spectacular graphics
League of Legends: Wild Rift
The MOBA king deploys its arsenal on Android
Brawl Stars
3-on-3 battles from the creators of Clash Royale and Clash of Clans
One Piece: Fighting Path
A unique adventure in the One Piece world
LifeAfter (Global)
Cling to life in a hostile world
Angry Birds Epic
Join the Angry Birds on their most epic adventure

Fashion Empire
Manage luxury fashion boutiques in this game!
Blockman GO-Adventures
Travel and have fun in all the worlds offered by this application

Baby Boom
This woman's water broke, time to prepare for the birth!
March of Empires
Build your castle and become the lord of the mountain
Cow Fingers
Bird Friends
Play this match 3 game to help the animals
Black Desert Mobile (Asia)
A portable version of one of the most popular MMORPGs
Tanks 2D online
Slotpark
Try your luck in this slot machine game
Cross Stitch Joy
Bring these images to life with cross stitch